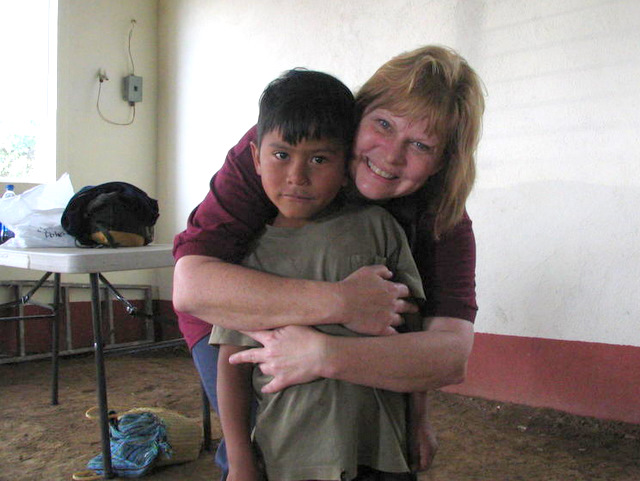 Jo V., RN, has a 37 year nursing career behind her, following her work as a nursing assistant  beginning at age 15. Jo knew at 8 years of age what her career field would be, and remembers telling her family “only 7 more years until I’m a nurse”.  Her career has spanned many venues of nursing, including emergency and critical care, staff development, case management, and administrative nursing. Though Jo has semi-retired, she is now devoting her time to world medical missions. Her first mission experience was to lead a small teen aged group to Tijuana, Mexico for children’s ministry, and with that she “was hooked”. Jo has since  done several medical trips which have opened a new world to her. Jo’s only regret with her nursing career, is that she did not begin to experience world missions sooner.  Jo lives in Arkansas, USA, though an Illinois native.  She lives with her husband of 30 years, Dave, and enjoys time well spent with her grandson Craig, his mother, Nicole, and her future son-in-law Jon. Jo looks forward to where the path of missions will lead her next.